Galliformes – or wildfowl – are heavy-bodied ground-feeding birds that include familiar species, such as Turkey, Chicken and Pheasant. Hybridization is a common phenomenon is this bird group.

There are several species of Alectoris partridges, distributed across Eurasia and Africa (Watson, 1962). Some species live in sympatry and hybridize naturally, while other species have been introduced in the range of other for hunting purposes and also hybridize. However, domesticated birds seem to have a lower survival rate (Duarte & Vargas, 2004). Four species pairs have been studied. The Sardinian Partridge (A. barbara) does not appear to interbreed with other species (Scandura et al., 2010), although markers to detect hybridization have been developed (Barbanera et al., 2011b).

The Red-legged Partridge (A. rufa) and the Rock Partridge (A. graeca) overlap in the southern Alps. The hybrid zone cline is shorter than expected which could point to selection against hybrids (Barilani et al., 2007a; Randi & Bernard-Laurent, 1999). Rock Partidges have also been introduced outside of their natural range into the Iberian peninsula where they also hybridize with native Red-legged Partridges (Negro, Torres & Godoy, 2001). The call characterists of both species and their hybrids have been studied (Ceugniet et al., 1999) and playback experiments reveal similar reactions to conspecific and hybrid calls, however, hybrids responded stronger to hybrid calls (Ceugniet & Aubin, 2001). 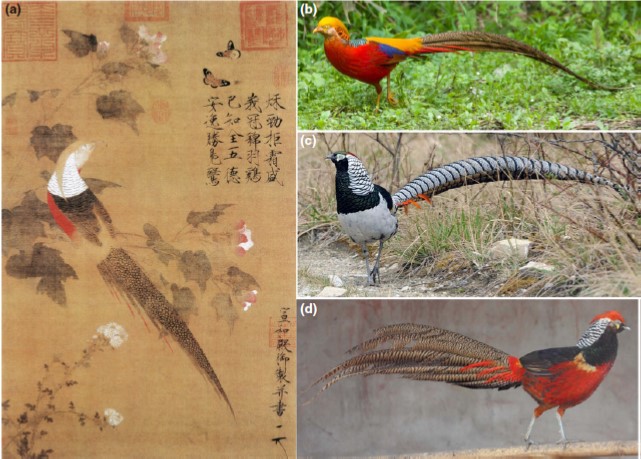 The Common Quail (C. coturnix) and the Japanese Quail (C. japonica) hybridize naturally in Russia, but the main concern is the release of domesticated Quail, which often carry “Japanese genes” (Sanchez-Donoso et al., 2012), in European populations of Common Quail (Amaral et al., 2007; Barilani et al., 2005; Chazara et al., 2010). Despite the release of these birds, the population size of Common Quail does not seem to be affected (Puigcerver, Sarda-Palomera & Rodriguez-Teijeiro, 2012; Puigcerver, Vinyoles & Rodriguez-Teijeiro, 2007). Hybrids do not differ in fertility or hatching success (Chang et al., 2009; Deregnaucourt, Guyomarc’h & Aebischer, 2002), but do show lower survival rates and suffer more from nest predation (Puigcerver et al., 2014), which could explain the limited effect of restocking. Interbreeding could however impact the migratory behavior of Common Quail. Experimental studies have shown that hybrids lose their tendency for migration (Deregnaucourt, Guyomarc’h & Spano, 2005; Deregnaucourt, Gyomarc’h & Belhamra, 2005). Restocked individuals were also not associated with migratory and wintering quails at northern latitudes (Sanchez-Donoso et al., 2014). The calls of both quail species and their hybrids have been heavily studied (Collins & Goldsmith, 1998; Deregnaucourt, 2010; Deregnaucourt, Guyomarc’h & Richard, 2001). One study found that Japanese Quails respond equally to conspecific, heterospecific and hybrid calls, which could lead to hybridization (Deregnaucourt & Guyomarc’h, 2003).

The egg production of hybrids between Japanese Quail and Brown Quail (C. ypsilophora) have also been investigated in an experimental setting (Vali, 2007).

The Ecuadorian Creole chicken probably originated from Asian birds that were brought to Chile in pre-Columbian times. Later, the introduction of Spanish breeds by the conquistadors in the 15th century led to several admixture events (Toalombo Vargas et al., 2019). 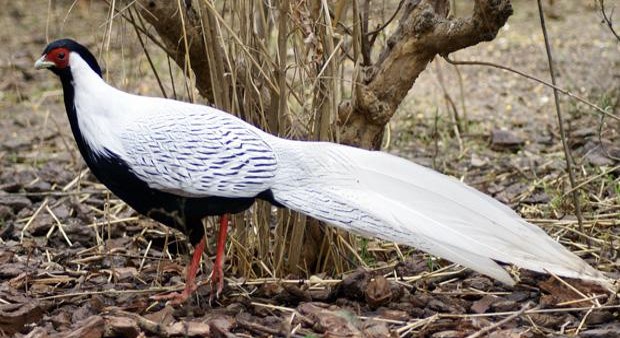 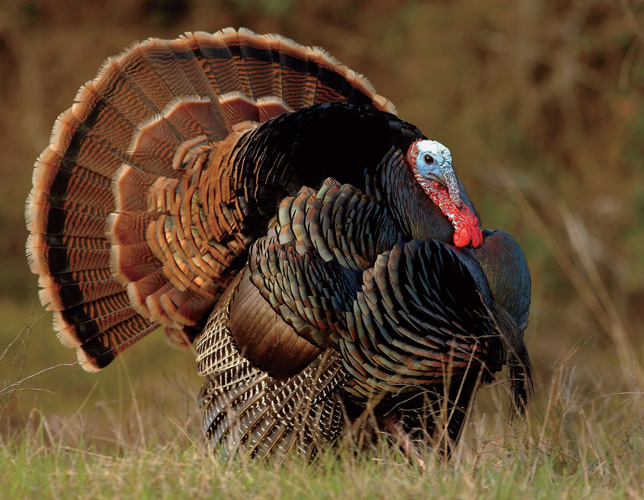 Hybridization between Califoria Quail (Callipepla californica) and Gambel’s Quail (C. gambelii) has been documented in the past (Henshaw, 1885). The hybrid zone between these species was studied extensively by Jennifer Gee (Gee, 2003a). Using microsatellites (Gee, Calkins & Petren, 2003), she showed that the hybrid zone is located on a cline, and that introgression does not occur beyond this zone (Gee, 2004). Species discrimination is possible in captivity, but in nature breeding is random (Gee, 2003b). Social network analyses suggest that birds pair up based on body mass and monomorphic (i.e. the same in both sexes) plumage traits (Zonana et al., 2019). Acoustical signals might be important in this context (Gee, 2005; Gee, Tomaszycki & Adkins-Regan, 2009). 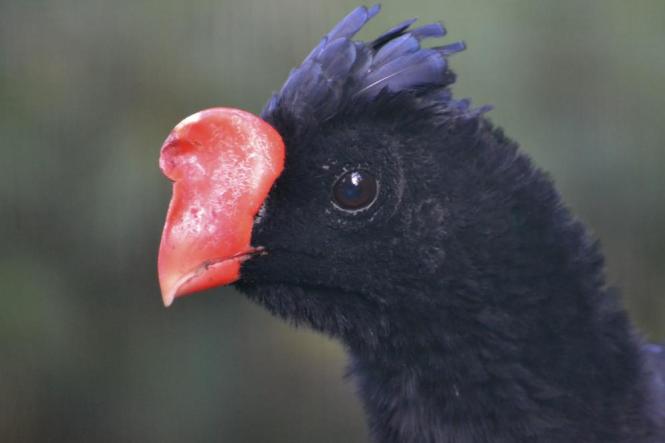 The is only one species of Pheasant (P. colchicus), which is subdivided into numerous subspecies that interbreed (Zhang et al., 2014). Hybrids between Sichuan Pheasant (P. c. strauchi) and Ring-necked Pheasant (P. c. torquatus) showed increased survival which resulted in a higher number of chicks per season (Niewoonder, Prince & Luukkonen, 1998). Hybrid pheasants were also more likely to establish themselves, a phenomenon dubbed “catapult effect” (Drake, 2006). 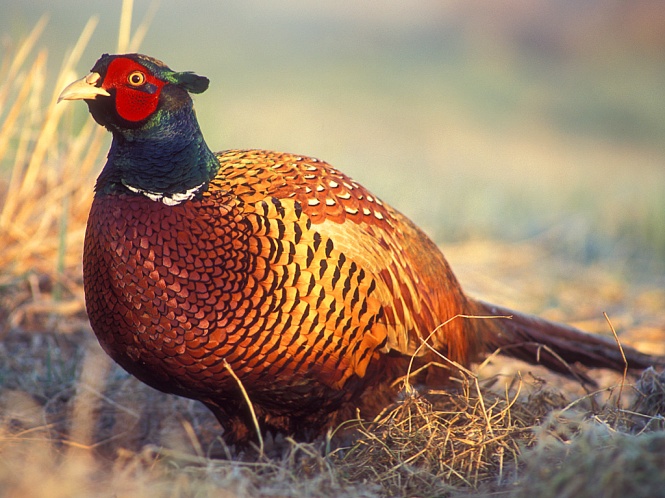 The effect of released Grey Partridges (P. perdix) on native populations has been investigated in Denmark (Andersen & Kahlert, 2012) and Finland (Liukkonen, Kvist & Mykra, 2012). In both cases, introduced birds were significantly different from wild ones. 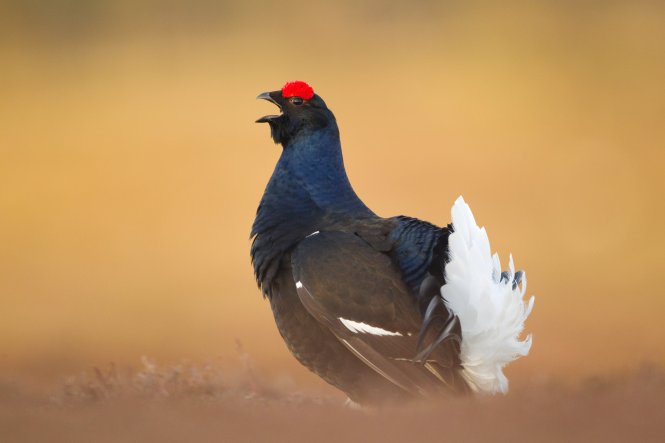 This genus of Prairie Chickens comprises three species that all hybridize, for instance Greater (T. cupido) Prairie Chicken hybridizes with Lesser Prairie Chicken (T. pallidicinctus) (Bain & Farley, 2002) and Sharp-tailed Grouse (T. phasianellus) (Lumsden, 2005a; Lumsden, 2005b). Introgression between these species has been confirmed by genetic analyses (Galla & Johnson, 2015). In addition, intergeneric hybrids have been reported:

Deregnaucourt, S. (2010). Interspecific Hybridization as a Tool to Understand Vocal Divergence: The Example of Crowing in Quail (Genus Coturnix). Plos One 5.

Gee, J. M. (2003a). The causes and consequences of hybridization in California and Gambel’s Quail. Integrative and Comparative Biology 43, 998-998.

Gee, J. M. (2003b). How a hybrid zone is maintained: Behavioral mechanisms of interbreeding between California and Gambel’s Quail (Callipepla californica and C-gambelii). Evolution 57, 2407-2415.

Gee, J. M. (2005). No species barrier by call in an avian hybrid zone between California and Gambel’s quail (Callipepla californica and C-gambelii). Biological Journal of the Linnean Society 86, 253-264.

Sharp, P. J. & Moss, R. (1981). A Comparison of the Responses of Captive Willow Ptarmigan (Lagopus-Lagopus-Lagopus), Red Grouse (Lagopus-Lagopus-Scoticus), and Hybrids to Increasing Daylengths with Observations on the Modifying Effects of Nutrition and Crowding in Red Grouse. General and Comparative Endocrinology 45, 181-188.