The Piciformes includes woodpeckers and their allies, divived over nine families.

A multi-locus phylogeny suggests an ancient hybridization event between Campephilus and melanerpine woodpeckers (Melanerpes and Sphyrapicus) during the colonization of the New World (Fuchs et al., 2013).

Chialchia and Smith (2014) provide a detailed description of a hybrid between Cream-backed Woodpecker (Campephilus leucopogon) and Crimson-crested Woodpecker (C. melanoleucus), two species that co-occur along the banks of the Paraná River in Paraguay. 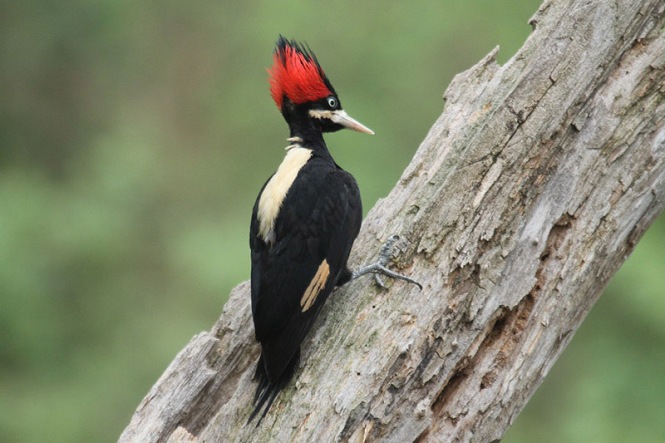 Scaly-breasted Woodpecker (C. grammicus) and Waved Woodpecker (C. undatus) diverged very recently – estimated about 50,000 years ago – and might still be exchanging genes (Sampaio et al., 2018). They should be considered the same species.

Pairing among subspecies was found to be random (Bock, 1971; Moore, 1987). Genetic analyses showed a clear structure in mtDNA, but none in nuclear markers (allozymes), which pointed towards gene flow (Fletcher & Moore, 1992; Grudzien & Moore, 1986; Grudzien et al., 1987; Moore, Graham & Price, 1991). The hybrid zone was considered a “hybrid superiority zone” because the zone remained stable (Moore & Buchanan, 1985) and there was no difference in reproductive success between hybrids and pure individuals (Grudzien & Moore, 1986). However, certain populations did not follow these patterns. In Alberta, the hybrid zone was expanding (Mcgillivray & Biermann, 1987). And in the northern populations mating was non-random (Wiebe, 2000; Wiebe & Bortolotti, 2001). This raised the question whether phenotypic variation was related to survival. Further studies showed that carotenoid colour was not correlated with reproduction or survival (Wiebe & Bortolotti, 2002). Instead survival seemed to depend on large-scale weather patterns (Flockhart & Wiebe, 2007; Flockhart & Wiebe, 2008). Possibly, annual changes in selection pressures could mask fitness differences between phenotypes (Flockhart & Wiebe, 2009).

In addition to this well-studied hybrid zone, other Colaptes species are known to hybridize. For example, Red-shafted Flicker (C. a. cafer) and Gilded Flicker (C. chrysoides) in North America (Short, 1965) and several (sub)species in South America (Short, 1972). It has been challenging to discriminate genetically between Red-shafted, Yellow-shafted and Gilded Flicker, but a recent genomic study was able to do so (Aguillon et al., 2018). 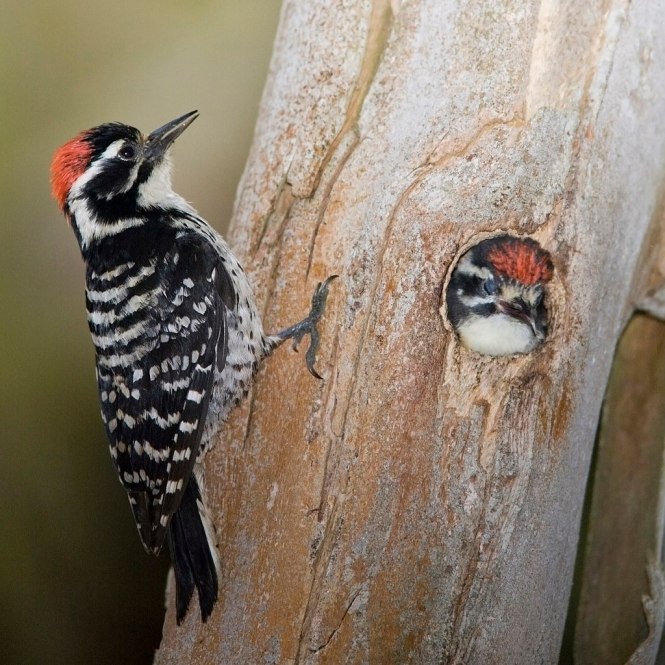 A hybrid between Pale-headed Woodpecker (G. grantia) and Bamboo Woodpecker (G. viridis) from Thailand was described morphologically (Round et al., 2012).

Geographical patterns of mtDNA and plumage patterns in the Red-bellied Woodpecker (M. carolinus) indicate a hybrid zone between population in Florida (subpecies perplexus) and the remainder of the populations (Barrowclough et al., 2018).

Similarly, genetic and morphological analyses of the hybrid zone between Red-breasted and Yellow-bellied Sapsucker show signs of selection against hybrids (Seneviratne et al., 2016; Seneviratne et al., 2012). A genomic analyses of several hybrid zones showed that the three species are clearly distinct with a small number of hybrids in each hybrid zone. This indicates that there is moderately strong reproductive isolation between them. There were no large regions of differentiation in the genome (so-called ‘genomic islands of differentiation’). However, the authors uncovered 19 small regions of differentiation, some of which were shared between species. One of those regions contained a candidate locus associated with plumage, which could contribute to reproductive isolation (Grossen et al., 2016). 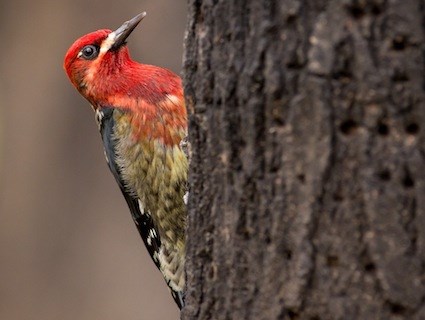 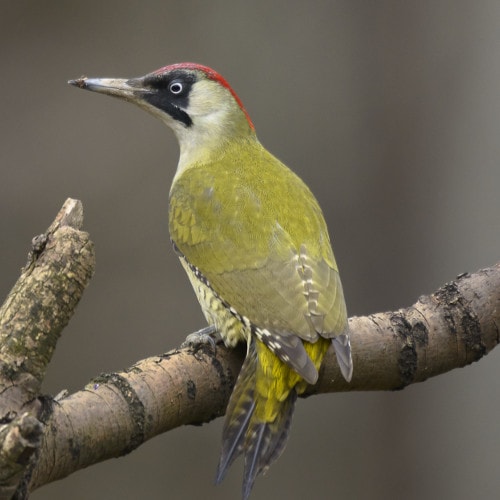 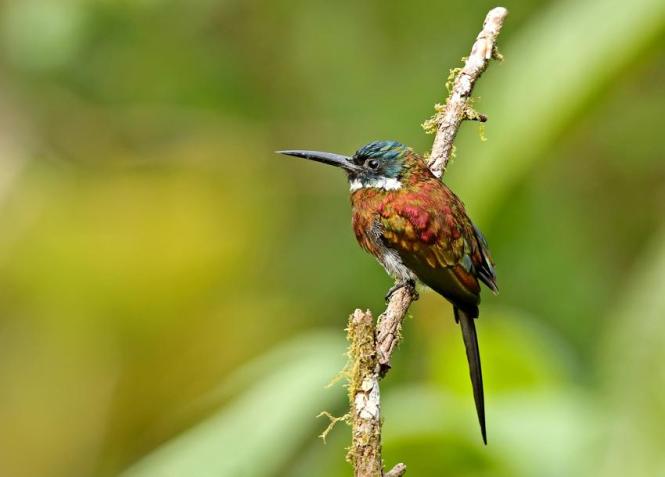 Allen, J. A. (1892). The North American species of the genus Colaptes, considered with special reference to the relationships of C. auratus and C. cafer. order of the Trustees, American Museum of Natural History.

Figarski, T. and Ł. Kajtoch (2018). Hybrids and mixed pairs of Syrian and great-spotted woodpeckers in urban populations. Journal of Ornithology 159, 311-314.

Ferreira, M.; Fernandes, A.M., Aleixo, A., Antonelli, A., Olsson, U., Bates, J.M., Cracraft, J. & Riba, C.C. (2018) Evidence for mtDNA capture in the jacamar Galbula leucogastra / chalcothor-ax species-complex and insights on the evolution of white-sand ecosystems in the Amazon basin. Molecular Phylogenetics and Evolution

Grudzien, T. A. & Moore, W. S. (1986). Genetic Differentiation between the Yellow-Shafted and Red-Shafted Subspecies of the Northern Flicker. Biochemical Systematics and Ecology 14, 451-453.

Gurgul, A. et al. (2019). Evaluation of genotyping by sequencing for population genetics of sibling and hybridizing birds: an example using Syrian and Great Spotted Woodpeckers. Journal of Ornithology, 160(1), 287-294.