These birds are morphologically distinct, but have similar mitochondrial DNA.

Last year, I covered a study on the phylogeny of the estrildid finches (family Estrildidae). The original paper included samples of the Blue-faced Parrotfinch (Erythrura trichroa) and the Papuan Parrotfinch (Erythrura papuana). The authors – Urban Olsson and Per Alström – noticed that these two samples shared the same mitochondrial haplotype. They briefly commented that this result could be due to misidentified specimens and did not pay further attention to these samples. There might, however, be an interesting biological explanation for the identical haplotypes of these samples. Hence, a recent study in the Bulletin of the British Ornithologists’ Club took a closer look at these Parrotfinches.

Initially, the Papuan Parrotfinch was described as a subspecies of the Blue-faced Parrotfinch by Rotschild and Hartert. Later on, Hartert elevated the Papuan Parrotfinch to species level, based on differences in bill morphology. He drew parallels with the Darwin’s Finches by writing that “We have thus a similar case as in the genus Geospiza on the Galapagos Islands, a large and a small form occurring together.” Indeed, the bill of the Papuan Parrotfinch is significantly larger than that of its Blue-faced relative. However, a difference in morphology does not necessarily mean that we are dealing with distinct species. For example, in the African genus Pyrenestes, you can observe three distinct phenotypes in a genetically uniform population. The differences in morphology are due to adaptation to different resources. Could the same process be at work in the Parrotfinches?

To solve this mystery, Lucas DeCicco and his colleagues sequenced the mitochondrial gene ND2 and compared the morphology of several specimens. They found that the Papuan Parrotfinch and the Blue-faced Parrotfinch were almost identical in the sequence of ND2, whereas they showed no overlap in several morphological measurements. This finding can be explained in several ways, nicely summarized in the discussion section:

(1) morphological differences arose in allopatry with either limited genetic divergence or gene flow upon secondary sympatry, (2) sympatric or ecological speciation is occurring with strong selection on different phenotypes, or (3) these two phenotypes represent a single panmictic population with a phenotypic polymorphism.

At the moment, we cannot draw a definitive conclusion yet. More genetic data – nuclear genes or genomic data – is needed to discriminate between these three scenarios. This study does provide the first step in unraveling the evolutionary history of these birds, showing that the result of Urban Olsson and Per Alström was not due to a misidentification. Instead, the sharing of mitochondrial haplotypes has a biological explanation. Which one remains to be determined. This how science works, slowly collecting pieces of the puzzle until we can see the bigger picture. 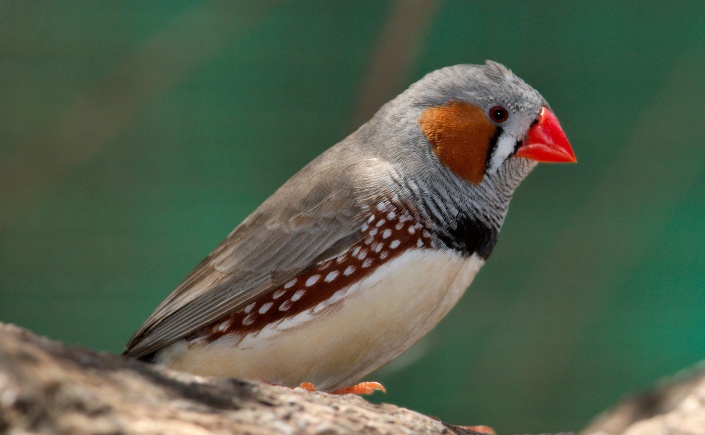 Subtle deviations from Mendelian expectations point to a meiotic driver in the Timor subspecies.

Every biology student has worked his or her way through the pea-experiments of Gregor Mendel, creating Punnett squares with recessive and dominant alleles. One of the most important insights from these pivotal experiments was the observation that every allele at a genetic locus has an equal probability of being transmitted to the next generation (ultimately giving rise to the predictable ratios of dominant and recessive traits). However, some alleles show clear deviations from these expected patterns. These genetic elements are known as meiotic drivers, because they “drive” the meiotic cell division process in such as way that they have a higher chance of ending up in the gametes (i.e. eggs or sperm cells).

Meiotic drivers can be difficult to detect, because they tend to be transient phenomena. In some cases, the meiotic drivers lead to deleterious effects and are quickly suppressed by other genetic elements that restore proper Mendelian segregation. Alternatively, meiotic drivers are so successful that they rapidly spread through a population and become fixed (i.e. all individuals have the same genetic variant). One way to identify such cryptic meiotic drivers is to cross individuals from divergent populations. If a meiotic driver evolved in one population but not the other, it will become visible in the hybrids. A recent study in the journal Ecology and Evolution used this approach to look for meiotic drivers in the Zebra Finch (Taeniopygia guttata). The researchers crossed two subspecies – Australian (castanotis) and Timor (guttata) Zebra Finches – and traced the genetic ancestry of several molecular markers. Did some deviate from the expected Mendelian patterns?

The experiments revealed “no clear evidence for any active meiotic driver in a cross between Australian and Timor Zebra Finches.” However, there was a significant deviation from Mendelian segregation in females of the first backcrossed generation. This finding suggests that there might be a weak meiotic driver which allows Timor centromeres to outcompete Australian variants in the race for the oocyte. It took numerous hybridization and backcrossing events to detect this subtle signal, indicating that weak meiotic drivers might be more common than we think. Another example of how avian hybrids can lead to exciting discoveries and new insights.