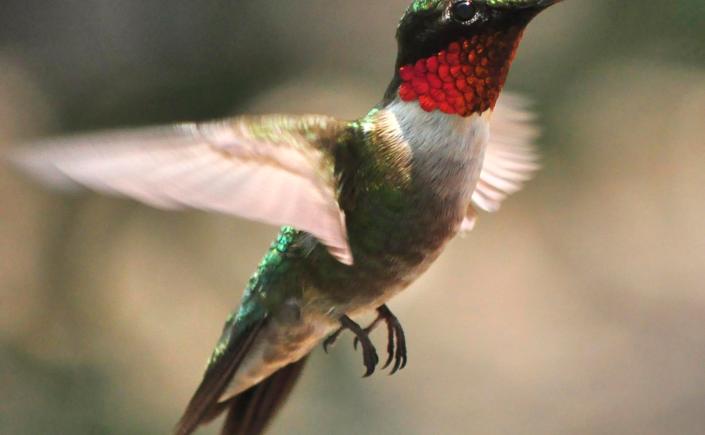 The comparison of three species pairs leads to some surprising findings.

In 2005, Thomas Turner and his colleagues reported on “genomic speciation islands” in the African malaria mosquito (Anopheles gambiae). In their PLoS Biology paper, the authors described how some genomic regions remain differentiated despite considerable gene flow, and they speculated that these regions might contain the genes responsible for reproductive isolation. However, further studies on other organisms, such as Heliconius butterflies and Ficedula flycatchers, indicated that the term “speciation islands” was a bit premature. Other evolutionary processes can give rise to differentiated genomic islands. To understand how these genomic islands can arise, we must first take a closer look at the popular summary statistic Fst.

With this knowledge in mind, evolutionary biologists try to understand how genetic differentiation accumulates in the genome during speciation. Are peaks in Fst related to reproductive isolation or are they the outcome of reduced genetic diversity? Because it is mostly not feasible to document the entire speciation process (which takes at least thousands of years), researchers compare closely related species pairs at different stages of divergence. A recent study in the journal BMC Evolutionary Biology focused on three pairs of hummingbirds that diverged at different times, namely:

The genomic analyses resulted in some interesting results. The authors found that “speciation seems to progress at different rates based on chromosome type, with the sex chromosome diverging first, the microchromosomes diverging next, and divergence only appearing on the macrochromosomes in late stages of reproductive isolation.” The finding that sex chromosomes diverge first is logical. These chromosomes show reduced rates of recombination and are known to accumulate incompatible alleles that can contribute to reproductive isolation (see for example this blog post on the Reunion grey white-eye, Zosterops borbonicus).

Apart from Fst, the researchers also calculated Dxy. As explained above, Fst peaks that result from locally reduced gene flow are predicted to have elevated Dxy, while Fst peaks resulting from lower genetic diversity in a population are not. In this case, there was a negative correlation between Fst and Dxy, suggesting that most differentiated regions are the outcome of lower genetic diversity in one population (due to genetic drift or selection). There might be some genomic regions that are involved in reproductive isolation, but more detailed analyses are needed to find these.

This study shows how we can gain insights into the process of speciation by comparing species pairs at different stages of divergence. There is, however, an important issue to take into account when performing these kinds of analyses. Namely, species-specific differences in natural history and morphology can lead to different genetic signatures during the speciation process. The authors nicely formulated this caveat at the end of their paper.

These differences across the species used in this study highlight that each species pair is subject to its own evolutionary trajectory leading to a unique speciation event. While this is a general caveat of using independent species pairs as a proxy for the speciation continuum, we believe that the differences we observe among chromosome types can inform the ongoing debate about the roles of selection and recombination in the genetics of speciation.

The paper has been added to the Apodiformes page.

In 1966, ornithologists recorded breeding Allen’s Hummingbirds (Selasphorus sasin) on the Palos Verdes Peninsula in Los Angeles County (California). Morphological measurements and analyses of ringing data suggested that these hummingbirds belong to the subspecies sedentarius, which can be found on the Channel Islands in southern California. The move to the mainland might have been facilitated by human activities, such as nectar feeders and ornamental plants in gardens. However, a recent study in the journal Conservation Genetics shows that the situation is more complex than the population expansion of one subspecies.

Between 2004 and 2016, Braden Godwin and his colleagues collected samples from Allen’s Hummingbirds across California. Genetic analyses revealed three main clusters: the northern California mainland, the Channel Islands and the newly established urban population. The northern cluster contains members of the migratory species sasin, whereas the Channel Islands cluster corresponds to the sedentary subspecies sedentarius. But what about the urban population? It is clearly a separate genetic cluster (see figure below), but does it contain sedentarius individuals as suggested by previous studies?

The answer is not a straightforward yes or no. The population has genetic signatures from sedentarius, but also from the other subspecies. In other words, it is a hybrid population. Indeed, the researchers conclude that “our population genomic analyses indicate that S. sasin hummingbirds inhabiting mainland southern California are a hybrid population resulting from admixture between S. s. sasin and S. s. sedentarius.”

The formation of this hybrid population is a nice example of human-induced hybridization. The nectar feeders and ornamental flowers in Californian gardens attract hummingbirds from different subspecies that consequently interbreed. A few months ago, I published a review paper on this topic in the journal Evolutionary Applications. In that study I touched upon the benefits and dangers of human-induced hybridization: “While the interbreeding of different populations or species can have detrimental effects, such as genetic extinction, it can be beneficial in terms of adaptive introgression or an increase in genetic diversity.” From a conservation point of view, we are thus faced with a difficult dilemma: should we prevent potential genetic extinction with conservation measures (e.g., culling hybrids) or should we not intervene to provide the opportunity for adaptive introgression and an increase in genetic diversity?

The same question applies to the hummingbird situation. And although the authors mention the issues of genetic swamping and extinction, they focus on the positive side of this hybridization event.

The southern California hybrid zone could act as a conservation reservoir for S. s. sasin alleles in the face of potentially declining abundance and potential maladaptive alleles introduced by S. rufus [i.e. rufous hummingbird] or as a beneficial introduction of new alleles from S. s. sedentarius to potentially help the declining S. s. sasin subspecies. The expanding population of Allen’s Hummingbirds in southern California could be interpreted as a positive development as the overall population of the species appears to be increasing and alleles specific to S. s. sasin are remaining in the subspecies complex

Hybridization is not always bad news for conservation.

This paper has been added to the Apodiformes page.