In 1951 American ornithologist Rodolphe Meyer de Schauensee did what many dream about: he described a new bird species: the Argus Bare-eye (Phlegopsis barringeri). This new species of antbird was based on one specimen, collected on the Rio Rumiyaco in Colombia.

Later, Willis (1979) suggested that the specimen might be a hybrid between Black-spotted Bare-eye (P. nigromaculata) and Red-winged Bare-eye (P. erythroptera). These two species overlap from eastern Colombia to northern Bolivia.

This suggestion was tested by Graves (1992), who reexamined the original specimen and compared it to the two putative parental species. His conclusion: it’s a hybrid! 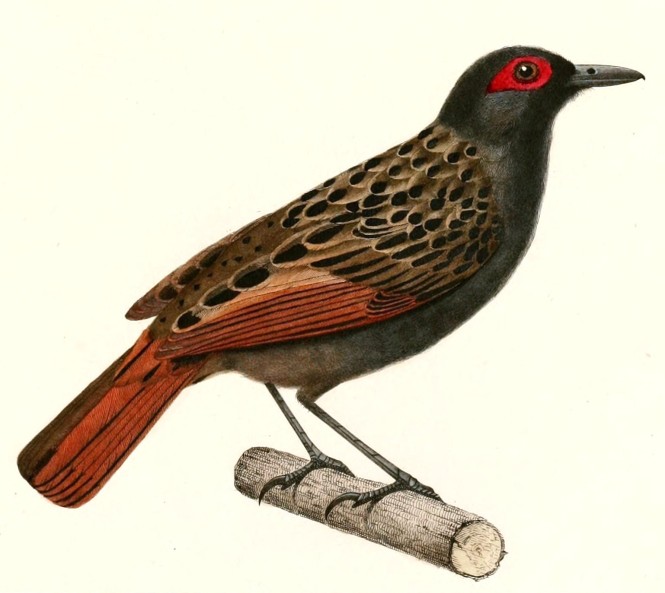 Graves, G. (1992). Diagnosis of a hybrid antbird (Phlegopsis nigromaculata× Phlegopsis erythroptera) and the rarity of hybridization among suboscines. Proceedings of the Biological Society of Washington 105, 838-840.

These papers have been added to the Thamnophilidae page. A special thank you to Mort Isler for directing me to this case.

The Mottled duck (Anas fulvigula) is a North-American dabbling duck species. There are two main populations: one in Florida and one in Louisiana, Texas and Northern Mexico (known as the Western Gulf Coast population). In addition, a third population originated in 1976 and 1982 when about 1200 Western Gulf Coast and 26 Florida ducks were introduced in South Carolina. 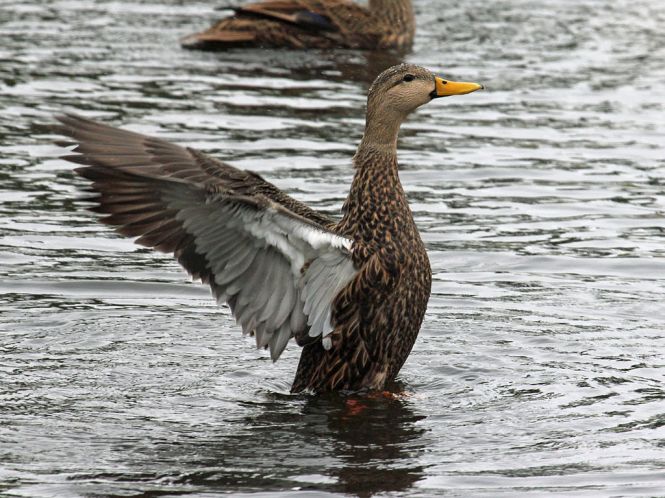 Whether the two main populations (Florida and Western Gulf Coast) can be considered discrete populations is unclear. If so, they should be recognized as separate conservation units. Although there is some genetic evidence that these populations are isolated, it remains to be determined if the genetic differences between these populations are simply a consequence of geographic distance (a pattern known as isolation-by-distance or IBD). To settle this issue, Peters et al. (2016) sequenced over 3000 genetic loci for 100 Mottled ducks from the three populations.

These genetic results are backed up by ringing data: Mottled ducks ringed in Florida have never been recovered in Texas or Louisiana (2075 recoveries), and vice versa (8111 recoveries).

The authors conclude that ‘collectively, these results suggest that Florida and Western Gulf Coast Mottled ducks are on independent evolutionary trajectories and may be in the early stages of speciation. Therefore, they should be considered as distinct units for conservation and management.’

Apart from the 100 Mottled ducks, 17 Mallards (Anas platyrhynchos) were included in the analyses. Feral mallards are interbreeding with Mottled ducks and this genetic study confirms high levels of gene flow between these species. Hybridization with the Mallard, in combination with habitat loss, is a major conservation threat for the Mottled duck. Therefore, it is important for managers to confidently discriminate between Mottled ducks, Mallards, and their hybrids. For this purpose, Bielefeld et al. (2016) developed a genetically cross-validated phenotypic key.

These two papers have been added to the Anseriformes page.

The end of 2016 has been quite hectic for me as I successfully defended my PhD thesis (read a report of that day here). So, I took some well-deserved holidays. But at the start of 2017, I felt the urge to update the Avian Hybrids Project. Here is an overview of some recent papers.

In Northern Africa, House Sparrow and Spanish Sparrow also interbreed (Summers‐Smith & Vernon, 1972). In Algeria, House Sparrows and hybrids mainly reside in urban areas, while Spanish Sparrows live in cultivated areas. The latter also breed later and raise only two clutches (House Sparrows and hybrids raise three clutches). The mitogenome of the House Sparrow has almost completed introgressed into the Italian Sparrow (see above). In Algeria, however, a small percentage of the hybrids has a Spanish haplotype (Belkacem et al., 2016). 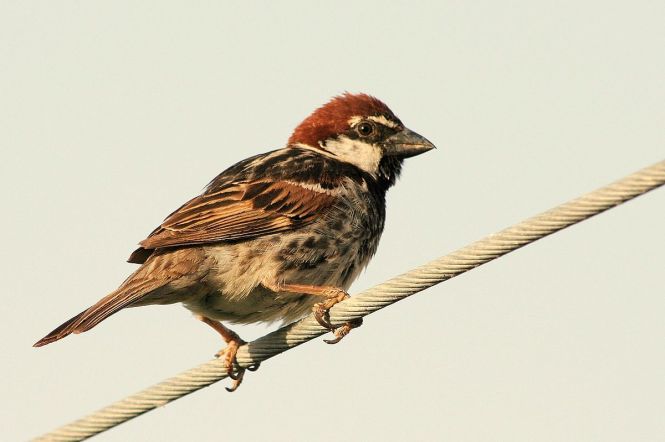 Lord of the Rings

The Short-tailed Albatross (Phoebastria albatrus) is a vulnerable seabird that mainly breeds on Torishima and the Senkaku Islands in the Pacific Ocean. The two populations are genetically distinct and display assortative mating. However, a study based on mate choice of ringed (from Torishima) and unringed birds (from the Senkaku Islands) revealed some mixed pairings, indicating that pre-mating isolation is incomplete (Eda et al., 2016). 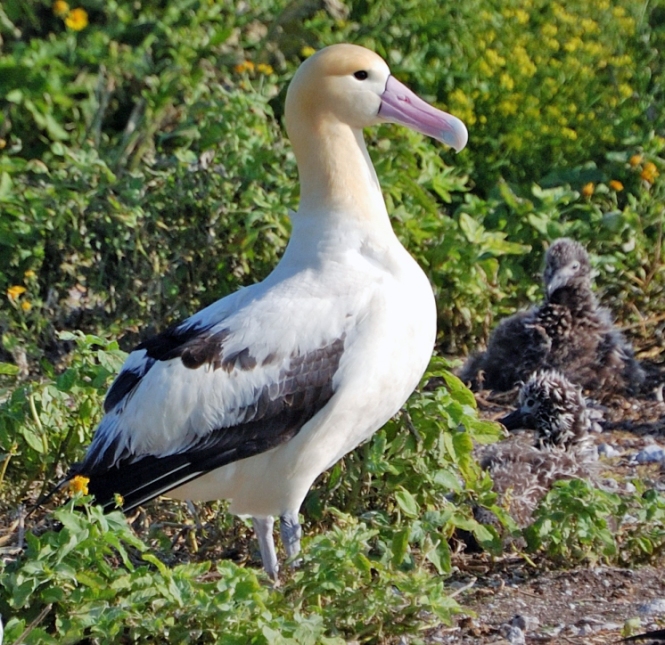 The Mangrove Finch (Camarhynchus heliobates) is critically endangered and currently restricted to one small population on Isabela Island (Galapagos Islands). A genetic study found that a number of individuals have hybridized with the closely related Woodpecker Finch (C. pallidus). Possibly, there is a breakdown of reproductive isolation between these species because the Mangrove Finches cannot find a mate due to the low population size (Lawson et al., 2016). 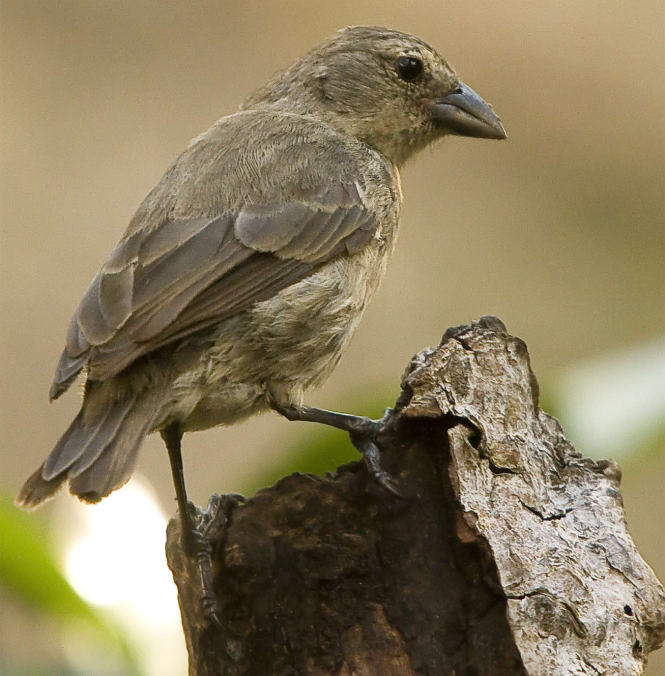 A genomic analysis of a contact zone between two divergence lineages of the Brown Creeper (Certhia americana) in the Madrean Archipelago sky islands (Arizona, USA) reported complete allopatry during the breeding season and no gene flow (Manthey, Robbins & Moyle, 2016).