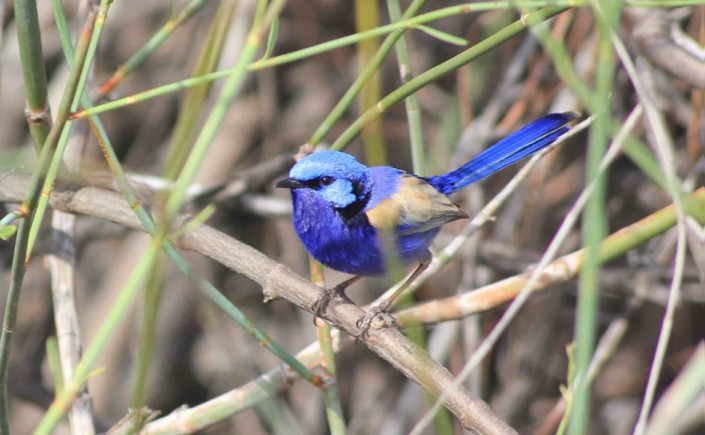 Working as a scientist trains you to wary about coincidences. Just because two events occur in quick succession does not mean they are related. Think of the common warning that correlation does necessarily imply causation (you check these spurious correlations). However, people tend to focus on the hits and ignore the misses. Remember that time you thought about someone and a few moments later they texted you. That cannot be a coincidence! But what about all the times you thought about that person, but they did not text you? Or when someone that is not on your mind sends you a message?

I found myself in a similar situation a few days ago. I was finalizing the internship of a student, who studied the behavior of Superb Fairywrens (Malurus cyaneus) in Australia,  when I received an e-mail about hybrid Fairywrens. In the e-mail, Joe Welklin – who runs a citizen science project on Fairywrens with Allison Johnson – turned my attention to two papers on putative hybrid Fairywrens that were not included in the Avian Hybrids Project. This nice coincidence provides the perfect opportunity to have a look at these cute passerines. 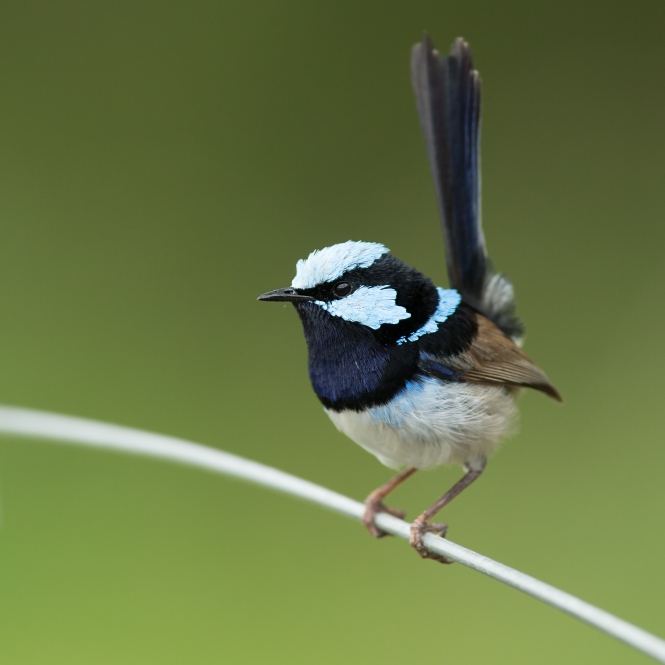 The first possible hybrid was seen in south-east Queensland in 1980. Neil McKilligan observed a male that looked like a cross between a Red-backed Fairywren (M. melanocephalus) and a Superb Fairy-wren. Other birdwatchers managed to observe the bird as well and provide a detailed description of its plumage. A paper in the ornithological journal Sunbird contains the following account (unfortunately there are no pictures):

The bird’s plumage was bright and boldly patterned. It can be most easily visualised if one imagines a bird with the head of a Superb Fairy-wren and the body of a Red-backed Fairy-wren, except that the apparent hybrid had two shoulder patches of orange-gold.

It was obvious that one parent was a Red-backed Fairywren, but the identity of the second species was unclear: either a Superb Fairywren or a Variegated Fairywren (M. lamberti). A point by point comparison of several plumage traits could not solve the mystery, because “each species had five points of resemblance with the hybrid out of the fourteen body parts compared.” In the end, the birdwatchers turned to the distribution of the species. There were no records of Variegated Fairywren in the area, so the most likely second species in this cross was the Superb Fairywren.

The second putative Fairywren hybrid was reported in the South Australian Ornithologist. Peter Haines discovered the peculiar bird at the Hart Lagoon, a lake northwest of Waikerie. The colors and markings pointed to a Splendid Fairywren, but the shoulder patches were atypical. Was this an individual with aberrant plumage or a hybrid? A consultation round with several ornithologists led to the conclusion that it was probably a cross between a White- winged Fairywren (M. leucopterus) and a Superb Fairywren. The plumage patterns were clearly a combination of both species.

The appearance of the head, including the face, approximating that of the Superb Fairywren and the body (including throat) and wings being like those of the White-winged Fairywren.

Another possible candidate for the cross – the black-backed subspecies of the Splendid Fairywren – was ruled out because it does not occur in the region around the lake. 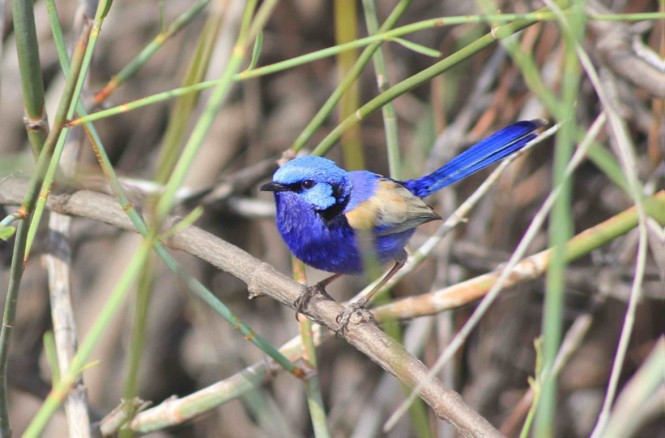 These two examples nicely illustrate how to check whether you are dealing with a hybrid. First, you compare the plumage patterns with other species to narrow down the number of possible parental species. Next, you check which of these species are present in the area. This approach mostly leads to a preliminary conclusion. Genetic analyses can provide the decisive evidence. In one cases described above, one of the parental species turned out to be a Superb Fairywren. Exactly the species that my student was working on. What a coincidence…

These papers have been added to the Maluridae page.