But what is it?

The names of bird species can be misleading. For example, several North American species called sparrows, such as White-crowned Sparrow (Zonotrichia leucophrys) or Fox Sparrow (Passerella iliaca), are actually buntings. These “American Sparrows” are more closely related to Old World buntings (family Emberizidae) than they are to the Old World sparrows (family Passeridae). A similar case concerns the Egyptian Goose (Alopochen aegyptiaca). Despite its name, it is not a goose. But then, what is it? 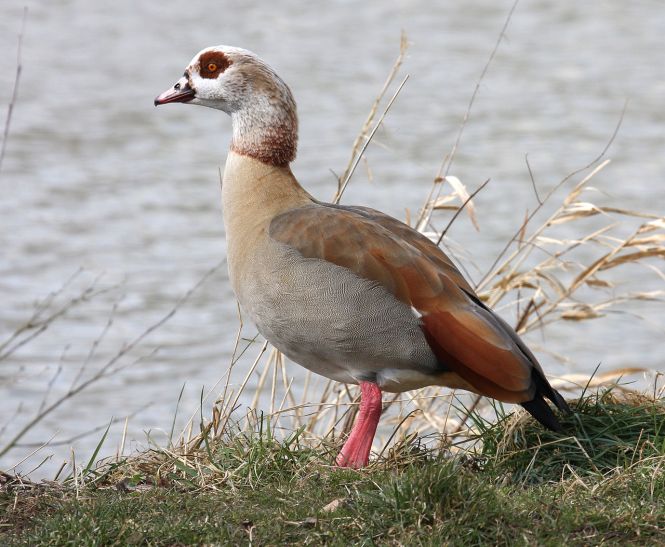 The Egyptian Goose is not a goose. © Andreas Trepte | Wikimedia Commons

First of all, what are “true geese”? This group of waterbirds comprises two genera – Anser and Branta – in the subfamily Anserinae. The genus Anser contains the grey geese and the white geese (sometimes placed in a separate genus, Chen), while the genus Branta houses the black geese. Below you can see all the species in this subfamily. The tree in the middle depicts the evolutionary relationships between the species, based on my own work (you can find the original paper here or read the summary here). 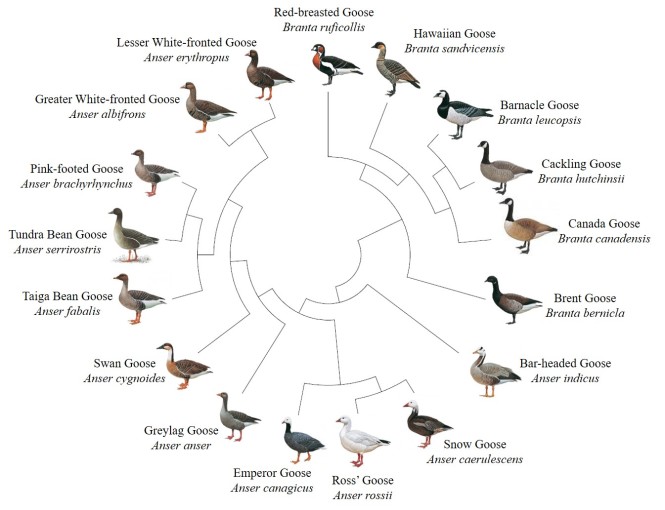 The evolutionary relationships among the True Geese. Adapted from Ottenburghs et al. 2016 Molecular Phylogenetics and Evolution)

Where does the Egyptian Goose fit in? 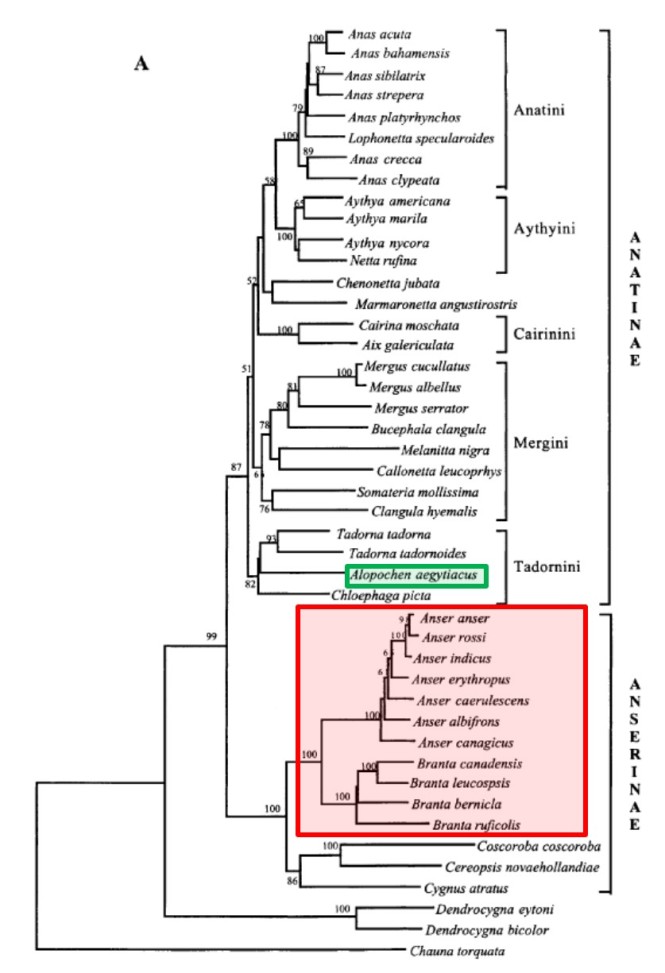 The evolutionary position of the Egyptian Goose (green) shows that it does not belong to the True Geese (red). Adapted from Donne-Goussé et al. 2002 Molecular Phylogenetics and Evolution.

So, there you have it: the Egyptian Goose is actually a duck (and probably a shelduck). But I can understand the confusion. With its long neck it does resemble a true goose. Moreover, Egyptian Goose has hybridized with several goose species, such as Greylag Goose (Anser anser) and Canada Goose (Branta canadensis). However, hybridization is very common among waterfowl and Egyptian Goose has interbred with numerous other – not so closely related – species, including Muscovy Duck (Cairina moschata) and Mallard (Anas platyrhynchos). You can find an overview of all known Egyptian Goose hybrids here.

To conclude, you can keep using the name Egyptian Goose but just keep in mind that it is actually a duck…