When I started my PhD in 2012, I was an enthusiastic birder (I still am, by the way). I traveled to several countries, trying to tick off as many species as possible. But as I developed a scientific mindset, I transitioned from collecting species to thinking about how species originate and evolve (in other words, the speciation process). The clash between my now process-based perspective and the stamp-collecting attitude of some “species-hunters” became apparent a few weeks ago when I published a paper on taiga bean goose (Anser fabalis) and tundra bean goose (Anser serrirostris). In this study, I argued – based on extensive genomic analyses – that these geese should be considered subspecies. This conclusion infuriated some birdwatchers (they might lose a species on their life list…) that reacted based on emotions instead of looking at the facts. These taxonomic discussions can be interesting and entertaining, but honestly I don’t give a hoot (or should I say a honk) whether you call these bean geese species or subspecies. What interests me most is their evolutionary history.

A similar issue appears in conservation. Should we allocate more resources to conserve species than to protect subspecies? In this context, it is more productive to think in terms of conservation units (i.e. populations to protect regardless of whether they are considered distinct species or subspecies). A recent study in the journal Conservation Genetics nicely illustrates this approach with the Snowy Plover (Charadrius nivosus). 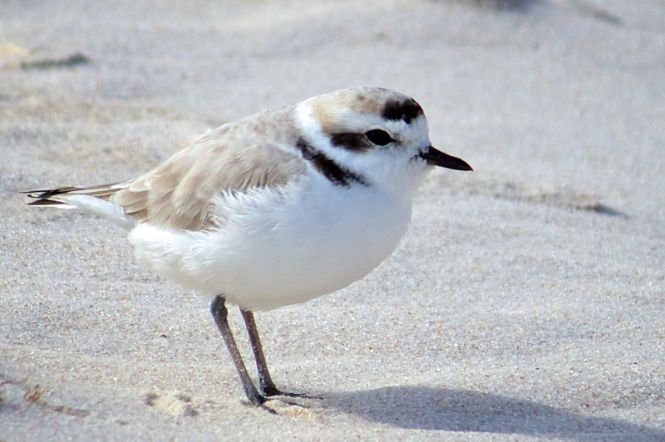 From a taxonomic point of view, there are three subspecies of Snowy Plover: nivosus, tenuirostris and occidentalis. Does this mean there are three conservation units to protect? Not necessarily, there might be more fine-scale populations structure that is not captured in this subspecies classification. Josephine D’Urban Jackson and her colleagues used several genetic markers – microsatellites, mtDNA and single nucleotide polymorphisms (SNPs) – to assess the genetic population structure of this small plover.

The analyses revealed some interesting patterns and highlighted the added value of genomic data. The SNP dataset and the microsatellites (with prior locations) pointed to three distinct clusters that correspond to the subspecies classification above. The detection power of microsatellites only reached to these three clusters, whereas the SNP data could take it one step further. These genomic loci allowed the researchers to discriminate between eastern and western populations of the nivosus subspecies.

This result confirms a statement in a book chapter that I recently wrote with several colleagues: “In general, genomic data has increased the potential for fine-scale resolution of population structure and determination of population boundaries and population membership.”

The delineation of separate lineages allowed the researchers to retrace the demographic history of these four conservation units. They reported “strong population bottlenecks in all genetic lineages/demes that have occurred within the last 1000 years. As a result of these bottlenecks, the effective population sizes of the genetic lineages/demes have been reduced by at least 98%.” These findings underline the importance of conservation efforts to preserve these four lineages.

I hope you can forgive my rant at the beginning of this blog post (sometimes you just need to let it all out). But I also hope that I have convinced about the importance of conservation units. Protecting biodiversity is not about labeling populations as species or subspecies, but about understanding the biology and evolution of these populations and delineating meaningful conservation units. And then implementing appropriate actions.

And if you are curious: I consider taiga and tundra bean goose separate conservation units. But their taxonomic rank is less interesting compared to their evolutionary history (but this is a story for another time). 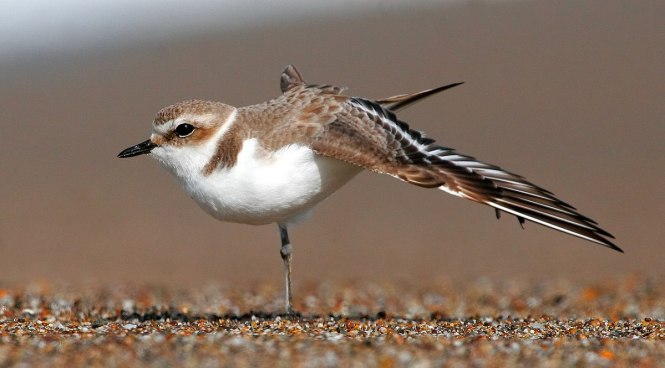 One thought on “Saving the Snowy Plover: How many conservation units should we protect?”