Bird migration is a fascinating phenomenon. And it becomes even more interesting when you throw hybridization into the mix. At migratory divides, populations with different migration strategies interbreed. For example, in central Europe one population of Blackcaps (Sylvia atricapilla) migrates to the southeast, while the other population prefers the southwest. Hybrids between both populations show an intermediate migration route: straight to the south.

Migratory divides can generate reproductive isolation between the interacting populations, potentially culminating in speciation. If individuals with different migration strategies arrive at distinct times, assortative mating can arise (i.e. prezygotic isolation). Or hybrids might show suboptimal migration routes – such as the Blackcaps – and suffer reduced survival (i.e. postzygotic isolation). The connection between migratory divides and reproductive isolation seems clear, but surprisingly nobody has tested this relationship in detail. However, a recent study in the journal Ecology Letters did just that. 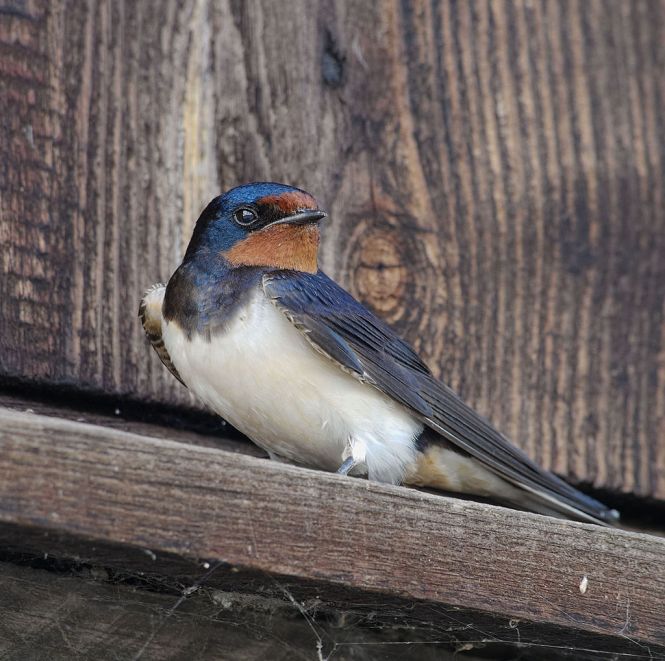 Elizabeth Scordato and her colleagues focused on three subspecies of Barn Swallow (Hirundo rustica) that hybridize in Asia: rustica, tytleri and gutturalis. Two subspecies pairs (namely rustica-tytleri and rustica-gutturalis) show migratory divides, while a third combination (tytleri-gutturalis) does not. This set-up allowed the researchers to test three predictions:

The first prediction was confirmed using genetic data. The researchers reported that they “found limited hybridisation between rustica‐tytleri and rustica‐gutturalis, but extensive admixture between tytleri and gutturalis.” Indeed, there were only a few first-  or later-generation hybrids in the first two migratory hybrid zones and many multi-generation hybrids in the third non-migratory hybrid zone.

In addition, a geographic cline analysis revealed very steep clines in the rustica‐tytleri and rustica‐gutturalis contact zones, pointing to strong reproductive isolation. The clines in the tytleri-gutturalis zone, on the other hand, were much wider. This confirms the extensive hybridization uncovered in the other genetic analyses. If you want to know more about cline theory, you can check out this blog post (also based on Barn Swallows): A Lesson in Cline Theory with Some Hybridizing Barn Swallows.

The genetic analyses uncovered a few hybrids in the migratory divides (rustica‐tytleri and rustica‐gutturalis) and many hybrids in the non-migratory hybrid zone (tytleri-gutturalis). From Scordato et al. (2020) Ecology Letters

Prediction 2: Migratory phenotypes are most important

If different migration strategies are connected to reproductive isolation, you would expect that migration-related phenotypes contribute more to genetic divergence between the subspecies. And indeed, in the Russian migratory divide a migration-related factor (carbon isotope values, which correspond to different wintering areas) explained almost 20% of the genetic variance. In the non-migratory contact zones, this factor only accounted for about 2% of the variance. The remainder of genetic variance was explained by geography and color.

As explained in the beginning, migratory divides could culminate in assortative mating when individuals arrive at different times. The researchers used phenotype networks to see which characteristics best explained mating choice. These networks showed that “In the two transects with migratory divides, carbon isotope values [a proxy for migration strategy] were correlated within pairs, indicating assortative mating by overwintering habitat.”

A couple of Barn Swallows. In the migratory divides, birds choose their mates according to migration strategy. © Arend | Wikimedia Commons

By testing these three predictions, this study confidently shows that migratory divides can contribute to reproductive isolation. Whether this pattern holds for other migratory divides remains to be investigated. However, the Barn Swallow case is just one example in this region. Several other bird species come into secondary contact at the Tibetan Plateau and might also show migratory divides (see Irwin & Irwin 2005). There is still much to discover in these Asian mountains.

This paper has been added to the Hirundinidae page.