You might remember the terms homozygote and heterozygote from your high school biology classes. They refer to the genetic variants (or alleles) at a certain position (or locus) in the genome. Imagine a gene with two alleles: A and a. Because you have two copies of each chromosome, several situations are possible. Both chromosomes might carry the same allele (AA or aa), making you homozygous for this locus. Alternatively, each chromosome might carry a different allele (Aa), leading to a heterozygous setting. Not to difficult, right? As Mendel would say: “easy peasy.”

Heterozygosity is good proxy for inbreeding. When relatives mate, there is a higher chance that they carry the same alleles, resulting in homozygous offspring. Most genetic diseases are recessive, meaning that they are only expressed in the homozygote state. A low heterozygosity across the genome might indicate a higher susceptibility for such diseases (or other deleterious effects) and consequently a lower chance of survival. This relationship between genetic variation and survivorship can lead to so-called viability selection in which genetically poor individuals (i.e. low heterozygosity) die early in life. This selection should become apparent when comparing the heterozygosity in juveniles and adults. A recent study in the Journal of Heredity tested this idea for three raptor species. 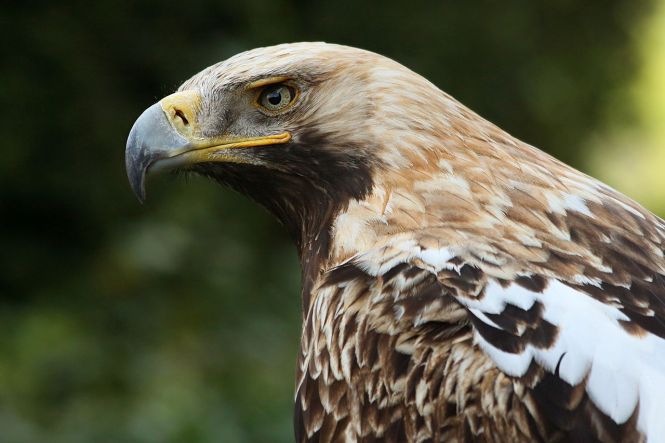 Is there viability selection in the Imperial Eagle? © AngMoKio | Wikimedia Commons

Two Eagles and a Falcon

Jacqueline Doyle and her colleagues investigated the genome-wide heterozygosity in the Golden Eagle (Aquila chryseatos), the Imperial Eagle (Aquila heliaca) and the Prairie Falcon (Falco mexicanus). When they compared their measurements between juveniles and adults, the researchers found no differences in the Golden Eagle and the Prairie Falcon. In the Imperial Eagle, however, there was a small (but significant) difference: juveniles has lower levels of heterozygosity compared to adults.

Interestingly, the Imperial Eagle has the lowest population size of the three investigated species. This suggests that there might be higher levels of inbreeding, resulting in highly homozygous juveniles with reduced chances of survival. In other words, there could be viability selection in the Imperial Eagle. This finding has important implications for the conservation of this species, which is listed as “vulnerable” on the IUCN-list.