Which living species is the closest relative of this extinct species? 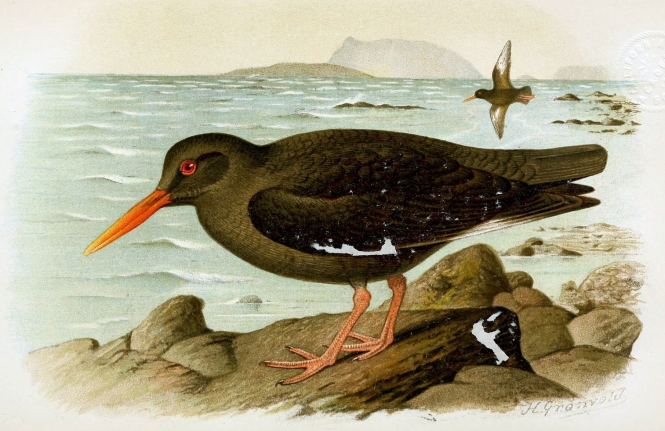 Canary Islands Oystercatcher probably went extinct around 1940 (although it was officially declared extinct in 1994). The drivers of this extinction event are difficult to infer, but it was probably a combination of habitat disturbances and human activities (e.g., hunting by humans and predation by introduced rats and cats). Currently, there are eight specimens left: three at the Natural History Museum in Tring (UK), two at the Zoological Research Museum Alexander Koenig in Bonn (Germany), one at the Liverpool World Museum (UK) and two at the Manchester Museum (UK). The researchers managed to extract DNA from the specimens in Tring, Liverpool and Manchester.

Could the Canary Islands Oystercatcher be related to the Eurasian Oystercatcher? © Richard Bartz | Wikimedia Commons

Another possibility is that the mitochondrial similarity between the Canary Islands and Eurasian Oystercatcher is due to hybridization. Perhaps the birds on the Canary Islands were an offshoot of the African Oystercatcher but obtained mitochondrial DNA after interbreeding with some visitors from Europe? Genomic analyses are needed to explore this scenario.

After figuring out the taxonomic position of the Canary Islands Oystercatcher, the researchers turned their attention to a mystery bird in the Tring collection. Specimen NMHUK.1938.11.15.1 was captured in Gambia in 1938. It was transported to the UK where it lived in captivity for several years. Due to artificial feeding, it developed an abnormally long beak. Beak morphology is an important trait to identify Oystercatcher species, so it became impossible to determine the species identity of this specimen. The black plumage of this bird suggests that it might be the last known Canary Islands Oystercatcher. However, DNA analyses showed that it concerns a vagrant African Oystercatcher, about 4500 kilometers outside of its range. Still a significant finding, but not as exciting as finding the last Canary Islands Oystercatcher. Perhaps it is still out there?

The mystery bird turned out to be a vagrant African Oystercatcher. © Dick Daniels | Wikimedia Commons