Testing for reinforcement at the gametic level.

Hybridization can lead stronger reproductive isolation. This statement might sound contradictory, but bear with me. Imagine two geographically isolated populations coming into secondary contact. The separation has not been long enough for complete reproductive isolation to develop, so these populations interbreed and produce hybrids. These hybrids are fertile but perform worse compared to the pure individuals. In other words, the hybrids have a lower fitness. Because the fitness of an individual is partly determined by the fitness of its offspring, it is better to avoid having hybrid offspring. Individuals that avoid hybridization do better. Hence, there will be selection against hybridization. Traits that contribute to the avoidance of hybridization will diverge, think of plumage patterns or song. In the end, reproductive isolation will be stronger. Biologists call this process reinforcement.

One of the predictions of reinforcement is that the traits under selection should be more different in sympatry (i.e. where species co-occur) than in allopatry (i.e. the geographically separated regions of the species). This prediction has been confirmed for particular traits in several species, such song in Ficedula flycatchers or body size in African tinkerbirds. But could this process also operate on sperm morphology? Are sperm cells of hybridizing species more different in sympatry compared to allopatry? Tomáš Albrecht and his colleagues explored this question in two interbreeding nightingale species. Their results recently appeared in the journal Evolution.

Common Nightingale (Luscinia megarhynchos) and Thrush Nightingale (L. luscinia) diverged about 1.8 million years ago and currently hybridize in Central and Eastern Europe. Although females are sterile, there has been some gene flow between these species. This system has been studied extensively and I have written about it before (see here and here).

But what about the reinforcement prediction? Did sperm differ between sympatric and allopatric populations? The answer is yes; the difference in sperm morphology was bigger in sympatry compared to allopatry. This change might reduce the level of hybridization by allowing females to choose sperm from the “right” males. Female birds store sperm in specialized organs (so-called tubules). If the morphology of the sperm does not match the shape of these organs, the sperm will not be stored. This might lead to a bias for sperm from one species. The bigger difference in sperm morphology prevents the storage of heterospecific sperm and thus reduces the incidence of hybridization. 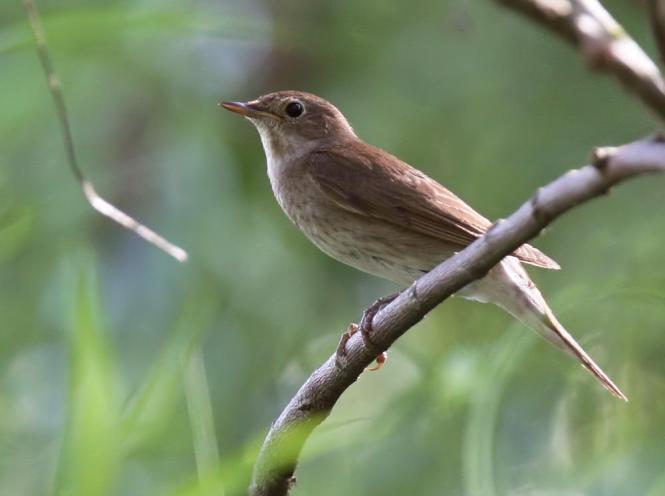 The sperm length of hybrids was intermediate between the parental species and showed no obvious abnormalities. This supports the notion that male hybrids are fertile. This situation is quite different from Ficedula flycatchers where males have deformed sperm cells and are sterile. Surprisingly, these flycatchers diverged only 0.5 million years ago (compared to 1.8 million years for the nightingales). This shows that the evolution of hybrid sterility in birds is very variable.

Want to know more about speciation and sperm? You can also check out this blog post on Long-tailed Finches (Phoephila acuticauda).

This paper has been added to the Muscicapidae page.