Interactions between sperm and egg might act as a reproductive barrier between two subspecies of an Australian finch.

Life as a sperm cell is not easy. In order to reach your goal (i.e. fertilizing the egg), you need to overcome numerous barriers. In birds, this includes among others passing the vagina, enter the female sperm storage tubules and reaching the site of fertilization. These obstacles can be especially problematic when you are a sperm cell in the body of a female from another species. 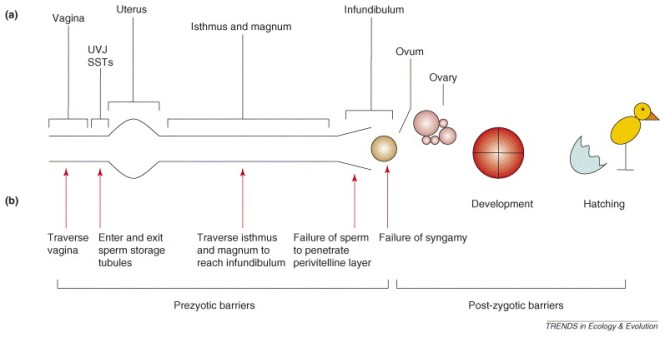 The different barriers a sperm cell has to cross before fertilizing an egg (from Birkhead & Brillard, 2007 Trends in Ecology and Evolution).

The challenges between copulation and fertilization of the egg are called postmating prezygotic barriers and might lead to reproductive isolation between two species. Because this process is difficult to study, it has been largely overlooked in birds. A recent study in Ecology and Evolution explored this reproductive barrier between subspecies of the Long-tailed Finch (Phoephila acuticauda).

The Long-tailed Finch is endemic to Northern Australia. Based on bill color, you can distinguish between two subspecies: the red-billed hecki and the yellow-billed acuticauda. Interestlingly, hybrids between both subspecies have orange bills. A survey of bill color across their range indicated that there is selection against hybrids. Could this selection be due to postmating prezygotic barriers? 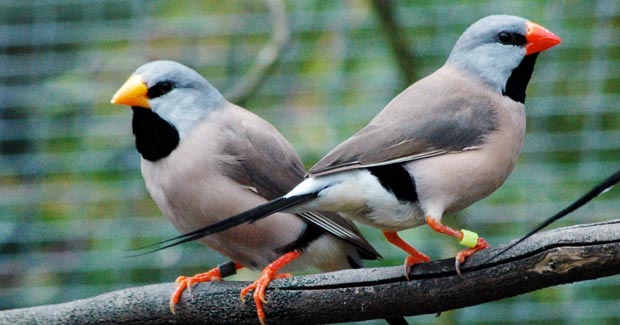 The two subspecies of Long-tailed Finch: the yellow-billed acuticauda and the red-billed hecki (from: https://griffithecology.com/research/long-tailed-finch/)

To answer this question, Laura Hurley (Macquarie University) and her colleagues created captive crosses between the subspecies. They collected the eggs and extracted the perivitelline layer (PVL) of each egg. Next, they counted the number of sperm cells that managed to reach this layer. In birds, successful fertilization requires multiple sperm cells to penetrate the PVL. So, the number of sperm in the extracted PVL can be used as a proxy for fertilization success.

There was no significant difference in the number of sperm between pure crosses and hybrid pairs. However, when backcrossing hybrids with one of the parental species less sperm reached the PVL. This suggests that first generation hybrids have lower fertilization success. Similar results have been documented in gamefowl (order Galliformes) where later generation hybrids and backcrosses showed fertility problems. The authors indicate that their study “supports the role of [postmating prezygotic barriers] in avian specation, even in recently diverged taxa, that may not yet be fully genetically incompatible.” 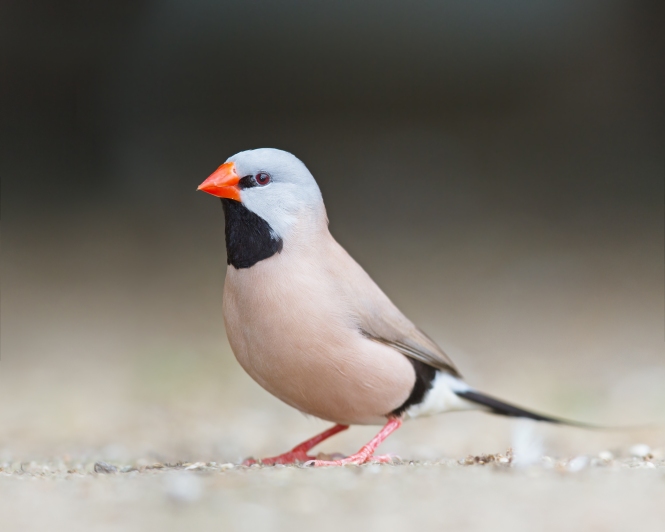 A red-billed Long-tailed Finch (from: http://www.wikipedia.com/)

The papers have been added to the Estrildidae page.

2 thoughts on “Studying sperm success: A possible reproductive barrier between subspecies of the Long-tailed Finch”