The waxing and waning of the ice sheets during the Pleistocene had a major impact on the genetic make-up of current populations. When the ice expanded, populations were separated in distinct ice-free areas (called refugia) where they diverged from one another. Later, when the ice retreated, the populations colonized the newly available land and sometimes came into secondary contact with their long-lost relatives from other refugia. Recently, I described how this process sculpted the evolutionary history of Coal Tits (Periparus ater) in Europe. But similar scenarios unfolded in North America.

A study in the journal Communications Biology explored the impact of the Pleistocene glacial cycles on the genetic structure of Stoat* (Mustela erminea) populations. Previous work – based on mitochondrial DNA – documented four distinct lineages of Stoat. Interestingly, these four lineages correspond to four refugia: Beringia, North Pacific Coast, East and West. I have highlighted these locations in red circles on the map below (based on a paper by Nathan Swenson and Daniel Howard).

As you can see from the arrows on the map, multiple contact zones are possible when populations expand from their refugia. In the case of the Stoat, two contact zones – the green areas – are relevant: one is located near the North Pacific Coast refugium, while the other is close to the Beringia refugium. The authors refer to the latter as the Alaska-Yukon contact zone. (Quick note: my map is quite crude. For a more detailed overview, check the original publication). 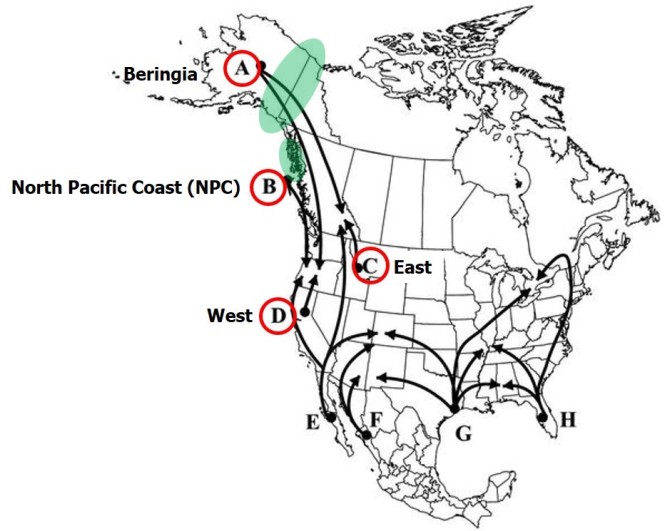 To figure out what happened at these contact zones, Jocelyn Colella (University of New Mexico) and her colleagues sequenced the whole genome of ten Stoats. The comparison of these genomes revealed two hybridization events: one recent event along the border between Alaska and Yukon, and a more ancient event (about 394,000 years ago) along the North Pacific Coast.

This study nicely shows how the Pleistocene glacial cycles can result in a kind of merge-and-diverge dynamics in which populations diverge in isolated refugia only to (partly) merge again in contact zones. With every cycle, the divergence slightly increases until hybridization at the contact zones ceases; the populations have become genetically too different to interbreed and can be considered distinct species. Whether this will also happen – or has already happened – in the Stoat remains to be tested. 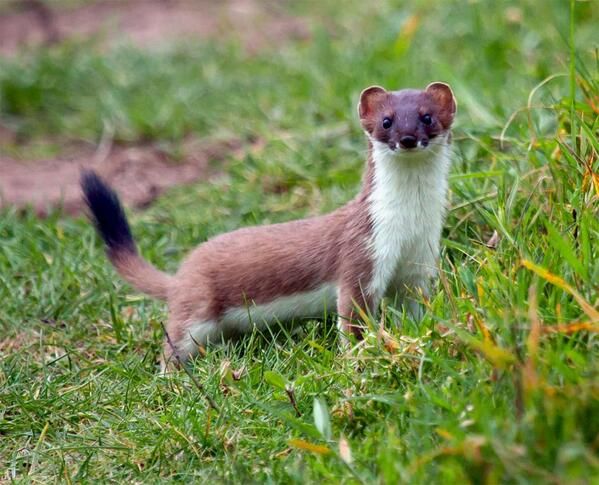 * The Stoat is also known as Ermine or Short-tailed Weasel, but for consistency I will stick with Stoat here.